The Law Commission recommended a ‘simplified and modern’ Sentencing Code to reduce the number of unlawful sentences passed and save £250m over ten years. It said the law, which is spread over 65 acts and 1,300 pages in ‘outdated and inaccessible’ language, makes it difficult for judges to identify and apply the law, leading to delay, mistakes and unnecessary appeals.

The Lord Chancellor took the fight over judges’ pension reforms to the Court of Appeal, days after announcing a 2% pay rise for judges.

Two years ago 226 judges, including six High Court judges who now sit on the Court of Appeal, brought claims for age discrimination, race discrimination and equal pay at an employment tribunal over changes to their pension entitlement.

The tribunal found in favour of the judges, ruling in January 2017 that the Ministry of Justice and the Lord Chancellor had discriminated against younger judges by requiring them to leave the judicial pension scheme in April 2015 while allowing older judges to remain in the scheme.

The government appealed against the ruling but the Employment Appeals Tribunal dismissed the case in January 2018.

The case was heard by Lord Justice Longmore, Sir Colin Rimer and Sir Patrick Elias, who have no vested interest in the outcome. The judgment is expected next year, and if the Court of Appeal upholds the previous decision it could land the Ministry of Justice with a bill of £70m to £100m.

The week before the case, the Lord Chancellor, David Gauke announced that judges would receive a 2% pay rise – well below the 32% recommended by the Senior Salaries Review Body for High Court judges, 22% for circuit judges and 8% for district judges.

Gauke said: ‘Our independent judiciary is the cornerstone of the rule of law, and effective remuneration is critical to the continued attraction and retention of high calibre judges.’

Helena Kennedy QC has been appointed as the third director of the International Bar Association’s Human Rights Institute. She succeeds Dr Phillip Tahmindjis and will take up the post in January 2019.

More than 1,500 lawyers signed a letter urging Theresa May to hold a second referendum on the final Brexit deal.

Organised by the group, Lawyers for A People’s Vote, the letter said: ‘A People’s Vote is the most credible and democratic way to ensure the legitimacy of a decision that will profoundly impact generations to come.’

It argued that ‘democratic government is not frozen in time’ and that Parliament should not be bound by the 2016 vote any more than it should be by the 1975 referendum that took Britain into the EU, especially when there were ‘serious questions about the validity’ of the 2016 vote. They also said that voters are entitled to know what they are voting for.

Among the signatories were peers Helena Kennedy and Anthony Lester, more than 40 other QCs including Philippe Sands, Helen Mountfield, Henry Blaxland, Schona Jolly, Ben Emmerson and Hugh Tomlinson, former judge of the European Court of Justice Sir Konrad Schiemann, David Edward, a former judge of the Court of Justice of the European Communities and a smattering of City lawyers.

Meanwhile, a Brexit report from the Bar Council warned that the government’s moves to strip British terrorists of their citizenship was counter-productive, contrary to EU law and deprived the families of British victims of their right to see justice done in the UK courts.

The paper on human rights, the 27th of the Bar Council’s Brexit Papers, pointed to government figures published as a result of a freedom of information request showing that between 2013 and 2015, 60 British citizens were stripped of their nationality, mostly as a result of alleged terrorist activities, and estimated that since then, about 20 people a year have had their nationality removed by the Home Office.

The new Director of Public Prosecutions is the first head of the Crown Prosecution Service (CPS) to use Twitter.

Max Hill QC revealed he would retain the social media account @MaxHillQC, which he has used since 2013, during his new role, in addition to the CPS account.

He also revealed that he read an English translation of the Koran ‘from cover to cover’ over two weeks on holiday in Turkey. ‘It seemed to me to be relevant to the work I was doing as independent terrorism reviewer,’ he said, adding that ‘spending some time concentrating on what the peaceful mainstream major religions of the world have to say is not time wasted’.

Hill reiterated his desire to ‘restore confidence and to restore trust’ in the prosecution service after the disclosure failures that led to the collapse of a series of trials. ‘That is my intention, [that] will be my constant work throughout my five years in office and I hope that by the end of that time the CPS will be seen for what it is – which is a highly successful organisation, which nonetheless works very hard to put things right on those occasions when something goes wrong.’

He also pledged to continue to rely on the external profession for a ‘very substantial portion of its courtroom advocacy’, but stressed that would be ‘in partnership’ with the ‘extremely good’ in-house crown advocates.

As she stepped down, his predecessor Alison Saunders told The Observer that the police and CPS were too under-resourced to tackle crimes efficiently, and said that the criminal justice system was at ‘creaking’ point and unable to cope with the huge amounts of evidence generated by technology. Lawyers criticised her for failing to raise the issue during her five years in office.

Meanwhile, BBC Radio 2 DJ Paul Gambaccini secured undisclosed damages from the CPS over unfounded allegations of historical sex offences made against him.

The statement was intended to create a shared vision for the PLE community to aspire to, which will help drive forward legal education initiatives over the next ten years.

‘Teaching people about their legal rights and responsibilities, together with helping them gain the confidence and skills to get access to justice can really make a difference to people’s lives – as well as our legal system,’ said Buckland.

He added: ‘Our aim is to create a country where everyone, and every group, is able to access justice. Where nobody, no community, is denied their legal rights.’

Lord Goldsmith, founder and chairman of the Access to Justice Foundation, urged all barristers who have acted pro bono in cases to seek a pro bono costs order when they win. In an interview with The Times to celebrate the tenth anniversary of the foundation, he said the legal sector was missing out on thousands of pounds of funding because barristers and judges did not consider them at the end of cases.

Clifford Chance is to track its use of female barristers in a bid to increase the diversity of those it instructs.

Matthew Newick, global head of litigation and dispute resolution at the Magic Circle firm, told Counsel that he also wants to achieve a default position where there must be a ‘very good reason’ for there to be no women on the list of counsel suggested to clients, adding: ‘I can’t imagine any time when there would be a list without a woman.’

He said that the firm already kept data on who it instructed, but is in the process of ‘formalising’ the tracking of that information in order to ensure it instructs a more diverse range of barristers.

He said he was against setting a target for the percentage of female instructions, but that he wanted to see an ‘upward trajectory’. Having looked at the number of women already instructed, Newick said he was ‘surprised and pleased’ to see it was already high and at varying levels of seniority.

Newick said: ‘It reinforced the fact that if we look outside the concentrated bastions of senior male talent at the top end of the Bar, it’s amazing what talent is out there.’

‘We want to find the hidden gems,’ he said, laying down a challenge for chambers to ‘show us your wider talent – make sure we can see it and make it easy for us to find’.

The Lord Chancellor and Secretary of State for Justice, David Gauke, criticised the Labour peer Lord Hain for undermining the rule of law by using Parliamentary privilege to reveal that businessman Sir Philip Green was the tycoon who had used a gagging order to suppress allegations of bullying and sexual harassment. ‘Where judges have seen fit to make a court order, their rulings should be respected.’

The copy of Lady Chatterley’s Lover used by Sir Laurence Byrne, the judge who presided over the 1960 obscenity trial, was sold at auction for £56,250.

Hinrichs and others v Oracle Corporation UK Ltd
Employment – Redundancy. The Central Arbitration Committee (the CAC) had correctly decided that in exceptional circumstances affecting employees' interests, where para 8 of Sch 1 to the Transnational Information and Consultation of Employees Regulations 1999, SI 1999/3323, as amended, applied, the employer did not have to wait for a European Works Council (the EWC) to give an opinion on the employer's proposed actions, provided that the employer had given the EWC the necessary information on its proposals and had engaged in consultation. The Employment Appeal Tribunal in dismissing the EWC's appeal against the CAC's decision, held that there was no prohibition in either those Regulations nor the Transnational Information and Consultation Directive (EC) 2009/39 on the employer taking or implementing its decision after it had consulted but before the EWC had produced an opinion. Nor could the Regulations be construed to have that effect.
read more
Lessees and Management Company of Herons Court v Heronslea Ltd and others
Construction – Dwellings. The claimant's claim against the fourth defendant building control inspector, that it had breached its duty owed under s 1(1) of the Defective Premises Act 1972 in respect of the faulty construction of premises, had been rightly struck out on the basis that s 1(1) did not apply to building control inspectors. The Court of Appeal, Civil Division, so held, finding that the focus of s 1(1) was on the doing of positive work which had related to the provision of a dwelling, whereas in certifying, or refusing to certify, plans and works, the building inspector was not engaged in the positive role of the provision or creation of the relevant building.
read more
Pricewatch Ltd v Gausden (East Sussex Fire and Rescue Services)
Practice – Pre-trial or post-judgment relief. The Employment Tribunal (ET) in refusing to make a cost order against the appellant, who had been partially successful, had not erred in law. The Administrative Court in refusing the appellant's appeal reiterated that the power to award costs in the ET was a disciplinary power, not a compensatory one, and further by withdrawing an allegation it could not be said that he respondent had acted unreasonably in his conduct of the proceedings.
read more
R (on the application of Lasham Gliding Society Ltd) v Civil Aviation Authority
Air traffic – Airport. The defendant Civil Aviation Authority had not misinterpreted or failed to comply with s 70 of the Transport Act 2000, nor had it reached irrational conclusions. Accordingly, the Administrative Court dismissed the claimant gliding club's application for judicial review of its decision to permit the introduction of air traffic controls in airspace around an airport, which was largely uncontrolled.
read more
R (on the application of Phoenix Life Holdings Ltd and other companies) v Revenue and Customs Commissioners
Value added tax – Input tax. The defendant Revenue and Customs Commissioners' (HMRC) decision, upholding its rejection of a claim for repayment of significant amounts of under-recovered VAT input tax made exactly ten years earlier, was so outrageous in its defiance of logic or of accepted moral standards that no sensible person who had applied his mind to the question to be decided could have arrived at it. Accordingly, the Administrative Court quashed the decision and ordered HMRC to pay the claim (to the extent its quantum had been accepted).
read more 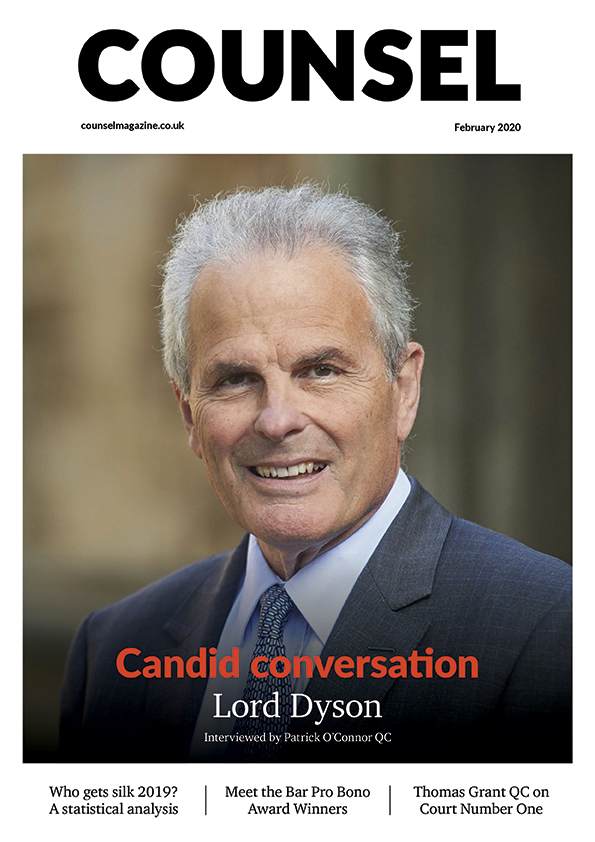