Justice in the Balance

We will work to ensure the forthcoming spending cuts are implemented in a way which preserves the profession and the justice system, writes Nick Green QC

The BSB workshop will cover the changes in regulation brought about by the Legal Services Act 2007 and the new regulatory entities that affect the profession, including the Bar Standards Board, Legal Services Board and the Office of Legal Complaints.

The new Criminal Bar Association (“CBA”) Chair, Christopher Kinch QC has vowed to stand up for publicly funded clients during his tenure.

Another stark warning for the publicly funded Bar

David Wurtzel meets Adam Sampson, the Chief Ombudsman and Chief Executive of the Legal Ombudsman, the new scheme established by the Office of Legal Complaints to handle consumer legal complaints 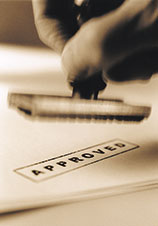 David Wurtzel reports on the latest development in the quality assurance assessment process for the Bar.

This month the Joint Advocacy Group (“JAG”) is due to publish the results of its consultation on standards in advocacy. It will be closely followed by a consultation on the next stage, namely the methods of assessment. In February the Legal Services Commission (“LSC”) produced a Discussion Paper “Quality Assurance for Advocates” which confirms that they are passing the baton to the JAG along with advice, warnings and a complete report on their own experience in running a quality assurance assessment (“QAA”) pilot which was carried out by Cardiff Law School.

The Bar Council is changing its emphasis, writes Nick Green QC. It wishes to communicate with the Bar’s clients – and potential clients – the benefits, such as the cost effectiveness, of using the Bar

The only person who was more surprised than I when the new Lord Chancellor and Secretary of State for Justice was announced was Ken Clarke QC MP himself. Nonetheless, he looked resplendent in his robes when he was sworn in, at 9.30 on 14 May in Court 4 at the Royal Courts of Justice. The entire court was awash with finery since all available judiciary were present in full garb. The formality of the event was nicely counterbalanced by the Lord Chief Justice and the Lord Chancellor exchanging jokes about brown suede shoes. In addition, the Attorney General, Dominic Grieve QC MP, and Solicitor General, Edward Garnier QC MP, were also welcomed by the Lord Chief Justice to their roles. All three of the Ministry top team are barristers, as the Lord Chief recalled during the welcome when he reminded the Lord Chancellor of a divorce case in which they had been adversaries during the 1960s.

Justice for all; a mighty cause

In the battle of ideas and values which the maintenance of the rule of law involves, lawyers remain in the frontline

There is still time to submit your entries for the LexisNexis Legal Awards 2022, with entries closing on Friday 26 November!

Back to basics: inbox management

Like it or loathe it, admin is a part of work and life but it can start to dominate and feel a burden. Here is a checklist of tips to help you feel calm about your inbox, from the virtual assistants who keep barristers organised

Upskilling courts with a more forensic approach to domestic abuse, Professor Monckton-Smith talks to Laurence Cooper about her groundbreaking research, identifying patterns of coercive control and use of the homicide timeline

In a rare interview, Lord Pannick QC, the barrister at the centre of some of the most critical legal debates this country has seen, reflects on his own role in the theatre of law, celebrates the art of persuasion and discusses his upcoming Hamlyn Lectures. Interview by Anthony Inglese CB

At the foothills of online court reform

Racial disparity and racism can impact experiences in the courtroom; Abimbola Johnson has some constructive solutions on how we can effectively challenge it