No reader of Counsel needs to be reminded of the remarkable career trajectory of Tom Bingham, from Queen’s Bench judge and Lord Justice of Appeal through the offices of Master of the Rolls and Lord Chief Justice to the (anomalously inferior) post of Senior Law Lord. What may have been forgotten is that the last of these posts was created for him by Derry Irvine.

You’ve worked on all the leading cross-border insolvency cases. Which ones have engaged you the most?

I really enjoy legally and factually difficult cases and I’m as happy to work for a large client as for a smaller client. Recent cases of particular interest include Stanford (the first case on the Cross Border Insolvency Regulation) for the US receiver against the Antiguan liquidators. The interaction between the two sets of office holders caused a lot of difficulty.

The Wizard of the Family Bar 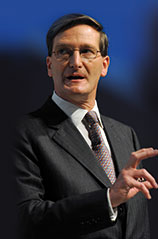 While his colleagues have been emphasising how different they will be from the Labour Minister who came before them, the new Attorney General, Dominic Grieve QC MP, prefers to see the development of the law officers’ role as “seamless”. When we met in his Victoria Street office in late July, he explained that he looked back to his Tory predecessors, Patrick Mayhew and Nicholas Lyell.

David Wurtzel meets Adam Sampson, the Chief Ombudsman and Chief Executive of the Legal Ombudsman, the new scheme established by the Office of Legal Complaints to handle consumer legal complaints

Lessees and Management Company of Herons Court v Heronslea Ltd and others
Construction – Dwellings. The claimant's claim against the fourth defendant building control inspector, that it had breached its duty owed under s 1(1) of the Defective Premises Act 1972 in respect of the faulty construction of premises, had been rightly struck out on the basis that s 1(1) did not apply to building control inspectors. The Court of Appeal, Civil Division, so held, finding that the focus of s 1(1) was on the doing of positive work which had related to the provision of a dwelling, whereas in certifying, or refusing to certify, plans and works, the building inspector was not engaged in the positive role of the provision or creation of the relevant building.
read more
Pricewatch Ltd v Gausden (East Sussex Fire and Rescue Services)
Practice – Pre-trial or post-judgment relief. The Employment Tribunal (ET) in refusing to make a cost order against the appellant, who had been partially successful, had not erred in law. The Administrative Court in refusing the appellant's appeal reiterated that the power to award costs in the ET was a disciplinary power, not a compensatory one, and further by withdrawing an allegation it could not be said that he respondent had acted unreasonably in his conduct of the proceedings.
read more
R (on the application of Lasham Gliding Society Ltd) v Civil Aviation Authority
Air traffic – Airport. The defendant Civil Aviation Authority had not misinterpreted or failed to comply with s 70 of the Transport Act 2000, nor had it reached irrational conclusions. Accordingly, the Administrative Court dismissed the claimant gliding club's application for judicial review of its decision to permit the introduction of air traffic controls in airspace around an airport, which was largely uncontrolled.
read more
Hinrichs and others v Oracle Corporation UK Ltd
Employment – Redundancy. The Central Arbitration Committee (the CAC) had correctly decided that in exceptional circumstances affecting employees' interests, where para 8 of Sch 1 to the Transnational Information and Consultation of Employees Regulations 1999, SI 1999/3323, as amended, applied, the employer did not have to wait for a European Works Council (the EWC) to give an opinion on the employer's proposed actions, provided that the employer had given the EWC the necessary information on its proposals and had engaged in consultation. The Employment Appeal Tribunal in dismissing the EWC's appeal against the CAC's decision, held that there was no prohibition in either those Regulations nor the Transnational Information and Consultation Directive (EC) 2009/39 on the employer taking or implementing its decision after it had consulted but before the EWC had produced an opinion. Nor could the Regulations be construed to have that effect.
read more
R (on the application of Phoenix Life Holdings Ltd and other companies) v Revenue and Customs Commissioners
Value added tax – Input tax. The defendant Revenue and Customs Commissioners' (HMRC) decision, upholding its rejection of a claim for repayment of significant amounts of under-recovered VAT input tax made exactly ten years earlier, was so outrageous in its defiance of logic or of accepted moral standards that no sensible person who had applied his mind to the question to be decided could have arrived at it. Accordingly, the Administrative Court quashed the decision and ordered HMRC to pay the claim (to the extent its quantum had been accepted).
read more 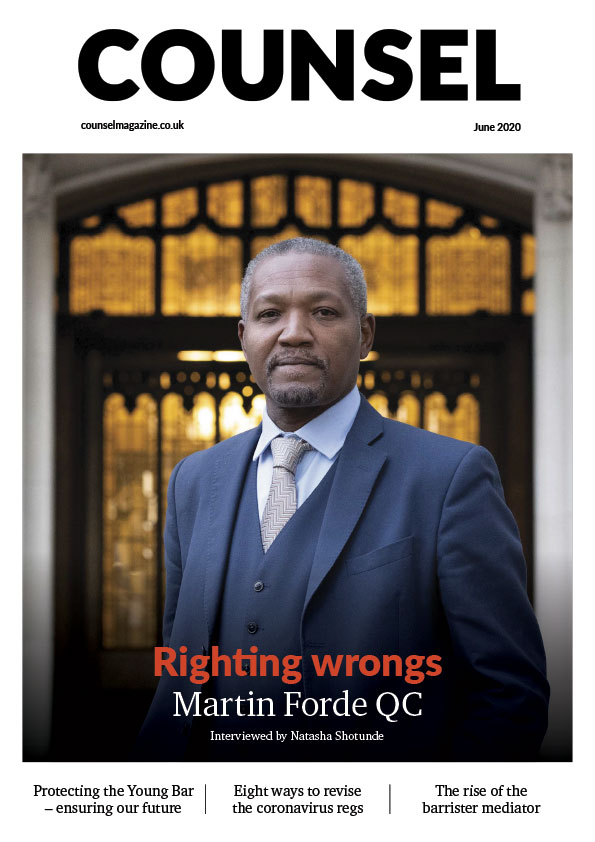