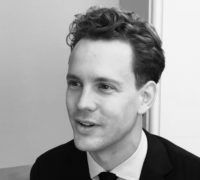 Alex Haines, called to the English and Welsh Bar in 2007, the New York Bar in 2019 and the Irish Bar in 2020, is a specialist in international law, commercial crime and regulation, and sanctions and appears before international tribunals and boards.

Your guide to making it as a NY attorney and practical issues for English barristers. By Teresa Rosen Peacocke and Alex Haines

Almost three years after the Bribery Act 2010 came into force, a new weapon for UK prosecutors, enshrined in the Crime and Courts Act 2013, came into effect on 24 February 2014, whereby the Serious Fraud Office and the Director of Public Prosecutions picked up the carrot of Deferred Prosecution Agreements (DPA) to add to the stick of the Bribery Act.

DPAs in the US federal system have been used by the Department of Justice in criminal prosecutions and the Securities and Exchange Commission in securities enforcement actions for over 20 years, and this inherently US approach has proved, to a large extent, successful.

A whistle-stop tour of investing

From cash to crypto, would you know where to start? Fleet Street Wealth’s Managing Director, Julian Morgan, advised delegates at the 2021 Annual Bar and Young Bar Conference

Bringing [Dis]Ability to the Bar

Mary Prior QC meets the founders of BDABar, Konstantina Nouka and James Ekin, who are determined toimprove accessibility, support and inclusivity at the Bar, and dismantle the barriers that disabled aspiring barristers face and how we perceive their disabilities

May the odds be ever in your favour, writes Emma Fielding... A follow-up to Ishan Kolhatkars article (and the Twitter debate it sparked) on how to solve the problem of pupillage supply and demand

Race at the Bar: the time is now

This is our stand up moment: Barbara Mills QC and Simon Regis on the landmark reports key findings and what the Bar must do to remove the systemic obstacles faced by many barristers from ethnic minority communities