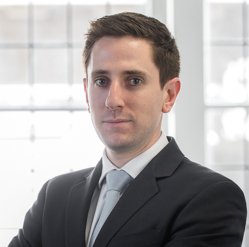 Alex is a barrister at No5 Barristers’ Chambers specialising in public law.

Never be afraid to ask for help – and more time. When Counsel grilled recent pupils about their scariest first experiences, a common theme soon emerged…

Both the Law Society and the Bar Council have put their weight behind the Human Rights Act 1998 (HRA). Opinion in the profession has also largely been in favour of the Act. At the end of 2012, 96% of those that responded to a poll called for the Act’s retention. Against this background, it is perplexing to learn that there are discussions about repealing the Act. The effects of this move would have constitutional significance and so it is important for all who operate within the HRA framework, including the legal profession, to keep in mind the benefits and history of the Act.

Since the Act entered into force, the HRA has allowed individuals to enforce directly their rights in all courts and it requires public bodies to respect those rights. The HRA also contains a set of common standards which binds the devolved jurisdictions of the UK together within the Union.

A picture of the modern Bar

Signs of real change – more work to be done

Trinity Chambers is offering tenancies for new members, at all levels of seniority, practicing in Family Law to supplement their team.

On the brink of collapse? The family law system in 2021

The family law system is in crisis and a failure to recognise it as such demeans the Herculean efforts of all involved, writes Celestine Greenwood, an exhausted family practitioner

Time to look afresh at the imposter syndrome narrative? Why pathologizing normal anxieties can be unhelpful to barristers and future generations. By Kate Brunner QC and Sarah Regan

The pandemic and widespread introduction of remote hearings has been an interesting start to a career at the Bar: Lola-Rose Avery shares a day in her life

Can the Bar deal with The Change?

Shifting the taboo, two silks talk about the menopause, its impact on women at the Bar and the need for a profession-wide rethink. By Lyndsey de Mestre QC and Brie Stevens-Hoare QC