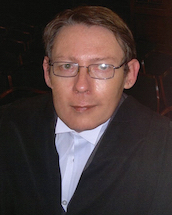 Sean specialises in Commercial Law and Private Crime. He periodically returns to South Africa on Brief. His main focus is on his English practice with the recently establishment Middleton Chambers.

Pistorius – the absence of justice

The world has watched over the past several months as Oscar Pistorius has been tried for the murder of Reeva Steenkamp. Sean Middleton reports.

Debates have ranged far and wide over Oscar’s innocence or guilt, and whether he should be found guilty of murder or culpable homicide. With the verdict now in hand we all know that it is one of culpable homicide (manslaughter). Much criticism has been levelled against both Counsel and the Bench over the course of the proceedings and there seem to be more critics than legal experts. 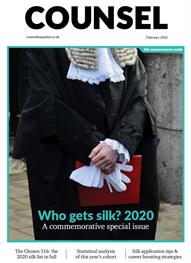 Is your ambition driving you in the right direction?

The problem with ambition is when we tie it to the wrong destination... something with which lawyers commonly struggle, says Helen Conway

Are high achievers their own worst enemies when it comes to self-doubt? Nikki Alderson offers ten strategies to help you overcome imposter syndrome and achieve your goals