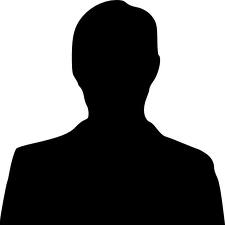 Max is vice-chairman of the Young Barristers’ Committee. He practises in serious crime from Bedford Row and is a CPS Level 3 prosecutor appointed to the Rape List.

Room with a view?

Max Hardy on the Anglo-Dutch Exchange in London this Autumn and the need for barristers with spare rooms to act as hosts.

Tuesday 28 October to Saturday 1 November 2014 sees the Anglo-Dutch Exchange (ADE) taking place in London. This biennial event alternates between The Netherlands and the United Kingdom. 30 young lawyers from the Young Bars of Amsterdam, The Hague and Rotterdam will be coming to London to see, hear and learn about the English justice system. The Exchange is being organised jointly by the Young Barristers’ Committee, the Junior Lawyers’ Division and the London Young Lawyers Group. It has one of the longest and most distinguished pedigrees of any legal exchange having been instituted in 1966.

This year’s Young Bar Conference was always going to be a lively one. Max Hardy reports.

Joy is a word very little heard in the Inns of Court and Crown Court robing rooms these days and a sentiment still less felt. It took Lord Justice Moses, as so often before, in a barnstorming speech to the Young Bar Conference on Saturday 5 October, to remind us all what being a barrister is really all about.

Bringing [Dis]Ability to the Bar

Mary Prior QC meets the founders of BDABar, Konstantina Nouka and James Ekin, who are determined toimprove accessibility, support and inclusivity at the Bar, and dismantle the barriers that disabled aspiring barristers face and how we perceive their disabilities

May the odds be ever in your favour, writes Emma Fielding... A follow-up to Ishan Kolhatkars article (and the Twitter debate it sparked) on how to solve the problem of pupillage supply and demand

Race at the Bar: the time is now

This is our stand up moment: Barbara Mills QC and Simon Regis on the landmark reports key findings and what the Bar must do to remove the systemic obstacles faced by many barristers from ethnic minority communities