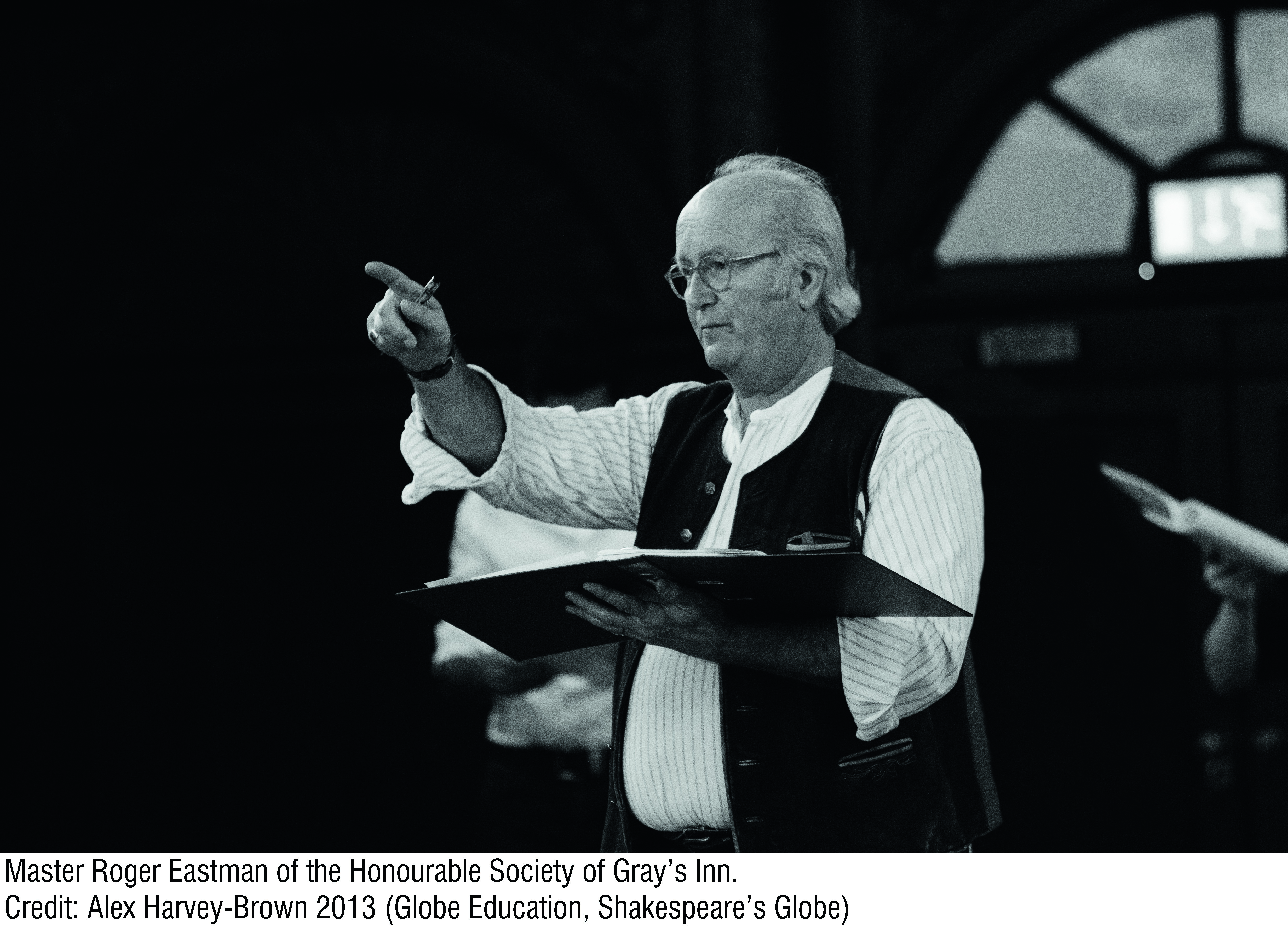 Shakespeare’s Globe actors were joined by Members of Gray’s Inn for a special staged reading of Supposes, written in 1556 by George Gascoigne, a fellow Gray’s Inn Member. The rarely played drama returned to the Hall in which it was first performed. James Wallace, the director, and Master Roger Eastman, one of the barrister/actors, reflect on the day.

The chance to do the very first play written in English prose in the actual building where it was first performed doesn’t come around too often. That play, Supposes, is: “A Comedy written in the Italian tongue by Ludovico Ariosto, Englished by George Gascoigne of The Honourable Society of Gray’s Inn, Esquire, and there presented.” It was acted by lawyers in 1566 in the same Hall to which, 447 years later on 3 November 2013, Shakespeare’s Globe brought its Read Not Dead on the road project. Joining the professional actors were four current Gray’s members, who bravely took the stage at 3pm for a fully staged script-in-hand performance after only beginning rehearsals at 10am.