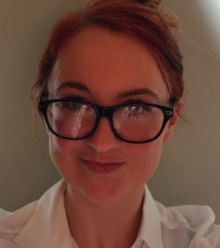 Emma is a UK qualified solicitor, who has spent over four years working in the international criminal courts, firstly in the Appeals Chamber at the International Criminal Tribunal for the former Yugoslavia, and subsequently at the Extraordinary Chambers in the Courts of Cambodia. She is also completing a doctoral thesis in international criminal law.

From October 2013, with the new code of practice introduced by the Ministry of Justice, victims became entitled to read a statement prior to sentencing explaining the impact of the crime upon them.

The change itself is a small one, but forms part of a broader trend: victims are increasingly viewed as legitimate actors in criminal proceedings, blurring the traditional demarcations of the adversarial system. A counter-trend seems to be at play in the international criminal law arena: in September 2013, the drafters of a blueprint statute for a prospective Syrian tribunal rejected outright the enhanced role for victims that has, since the Rome Statute, been an accepted feature of international criminal proceedings. The problems of victim participation in the essentially adversarial international criminal courts should sound a note of caution for law-makers in England and Wales.