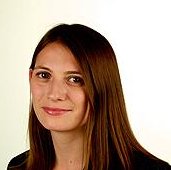 Chloé practises in healthcare regulation and crime. For the past three years she has been instructed by the SFO as LPP counsel.

Law in an Unrecognised State

Somaliland is a self-declared independent state which is bordered by the Gulf of Aden to the north, Somalia to the East, Ethiopia to the south and west and Djibouti to the north-west.

Recognising and managing oppressive behaviour – in-court and out: part 2

If the Bar cannot define and prohibit bullying behaviour, what chance do we have of persuading the Judiciary to do so? Darren Howe QC and Professor Jo Delahunty QC's call to action on codification plus suggested strategies for dealing with bullying from the Bar and Bench