Short of bumping into the Four Horsemen of the Apocalypse on the way to the Bailey, things could not feel more eschatological. Arriving, I spotted what looked like a huge number of nicotine-addicted barristers congregating on the pavement outside the entrance. Hetty Briar-Pitt, my junior, barred my entry and forced me, like a shy horse, into their ranks. It dawned on me then that this was, in fact, a minute’s silence for the passing of the legal aid system.

May 6, 2013: “I won’t insult your intelligence by suggesting that you really believe what you just said.” William F. Buckley, Jr.

When I was a sixth-former, I decided to try for Oxford. In those days, there was an Entrance Examination. My Headmaster suggested I practise the General Paper. The first question was “Might you as well be hanged for a sheep as for a lamb?” Entirely missing the point, I wrote what I thought to be a humorous piece about the virtues of capital punishment. It was returned sporting a “Delta” and the comment: “You’re in the Sixth Form now. Grow Up.”

April 8, 2013: Jury: A group of 12 people, who, having lied to the judge about their health, hearing, and business engagements, have failed to fool him – Henry Louis Mencken

Last week, the jury was selected in the sensational trial of Jason Grimble and Moses Lane for the alleged murder of the disliked Claude Allerick, formerly one of Her Majesty’s (Circuit) Judges and sometime member of Gutteridge Chambers. A last-minute reprieve had come when our previously assigned judge finally read at night in bed one page too many of the voluminous Criminal Procedure Rules and slipped a disc. Fate then gave us the lovely Jonathan Hay to try our case and the deceptively relaxed George White QC, of Treasury Counsel, to prosecute us.

A change in trial judge and an uncomfortable truth

This last month may have had its meteorological ups and downs, but I have a scent of Spring. This may have had something to do with recent events in the trial of Jason Grimble and Moses Lane, who are alleged to have murdered Claude Allerick, formerly one of Her Majesty’s Circuit Judges and sometime member of Gutteridge Chambers.

It always is a rough night prior to the first day of an important case, particularly when it is a Sunday. There is all that coffee the night before, as you take a last (or sometimes first) serious look at the papers, together with cheese snacks and all available distractions competing to draw one’s eye from the dire events of the morrow.

Old friends lead to reflections and regrets about old times.

The usual January panic is upon me. Returning to work in the first part of January is always depressing and I had some days to make up as a Recorder.

“The lights are beginning to go out for some, including the most able, all over the Temple - and not just the Christmas ones”

December 7, 2012: “A fool may be known by six things: anger without cause; speech without profit; change without progress; inquiry without object; putting trust in a stranger, and mistaking foes for friends” - Arabian Proverb

There is something wonderfully reassuring about public inquiries. First, we have a scandal; then we have embarrassed politicians who desperately want to kick the problem into the long grass; next there is the high-ranking judge lured into the public arena together with an army of barristers and solicitors; this is followed by months of public hearings where some advocates achieve minor cult status for a very short time and then, after a delay of weeks, months or sometimes years we get the report. Finally, we have the politicians’ response, in which they agree to do anything a clever civil servant could have told them to do in the first place and resolutely refuse to do that which they had no intention of doing from the kick-off. Predictably, whilst our courts fall apart around us and the facilities deteriorate below those of a run-down housing estate and the legal profession is squeezed and browbeaten, there is always plenty of money for these public circuses of utter pointlessness.

After the magic of Henrietta Briar-Pitt’s wedding to Ernst Pennington, we have now all been brought back to earth by autumn rain and the start of the new legal year with even less work at even worse rates. All we have to look forward to is quality assessment where some old judge will extract his revenge for some ancient perceived slight in a Siberian robing room by marking you down as fit only to defend guilty shoplifters. I cannot work because Mrs Ernst Pennington (nee Briar-Pitt) has departed to the French Riviera on her honeymoon and some unknown person has locked away all the files pertaining to the case of R. v. Grimble, my next major outing in the Criminal Division.

A joyous occasion is marred by a spectre at the feast

I had hoped that my junior, Miss Henrietta Briar-Pitt would be working on the looming case of R. v. Jason Grimble, alleged co-murderer of Britain’s least popular former circuit judge, Claude Allerick, who was shortly to be tried at the Central Criminal Court by Claude’s successor from the judicial charisma by-pass section. Instead of which, I was ensconced in her equestrian pile, due to give her away to Mr Justice Pennington, batchelor knight, until, that is, recent dietary indiscretions caused a parting of her garments at an eve-of-wedding supper, prompting an apparent withdrawal from the nuptial event.

Whether preparing for a case or a wedding, the best laid plans...

September 9, 2012: “People only see what they are prepared to see.” - Ralph Waldo Emerson.

Human beings seemingly spend a vast proportion of their lives preparing for things, only to find that when the event occurs they are, in fact, wholly unprepared. It is a perpetual theme of the Criminal Procedure Rules that we are all to spend endless amounts of time before a trial getting prepared, but which of us has ever arrived at court to find our opponents and co-counsel beaming and ready to go, our clients happy that they have told us all we need to know and a judge in command of the situation, only waiting to fire the starting gun? You may get some of it. You never get all of it. In fact, the more the case might seem to be suitable for such careful forethought, the more that chaos will intrude: the last-minute service of evidence, the lay client who starts sending you notes for the first time half-way through the initial witness, people who turn up to court with some file that has never previously seen the light of the day from which crucial nuggets fly forth – or not as the case may be.
read more

Hinrichs and others v Oracle Corporation UK Ltd
Employment – Redundancy. The Central Arbitration Committee (the CAC) had correctly decided that in exceptional circumstances affecting employees' interests, where para 8 of Sch 1 to the Transnational Information and Consultation of Employees Regulations 1999, SI 1999/3323, as amended, applied, the employer did not have to wait for a European Works Council (the EWC) to give an opinion on the employer's proposed actions, provided that the employer had given the EWC the necessary information on its proposals and had engaged in consultation. The Employment Appeal Tribunal in dismissing the EWC's appeal against the CAC's decision, held that there was no prohibition in either those Regulations nor the Transnational Information and Consultation Directive (EC) 2009/39 on the employer taking or implementing its decision after it had consulted but before the EWC had produced an opinion. Nor could the Regulations be construed to have that effect.
read more
Lessees and Management Company of Herons Court v Heronslea Ltd and others
Construction – Dwellings. The claimant's claim against the fourth defendant building control inspector, that it had breached its duty owed under s 1(1) of the Defective Premises Act 1972 in respect of the faulty construction of premises, had been rightly struck out on the basis that s 1(1) did not apply to building control inspectors. The Court of Appeal, Civil Division, so held, finding that the focus of s 1(1) was on the doing of positive work which had related to the provision of a dwelling, whereas in certifying, or refusing to certify, plans and works, the building inspector was not engaged in the positive role of the provision or creation of the relevant building.
read more
R (on the application of Lasham Gliding Society Ltd) v Civil Aviation Authority
Air traffic – Airport. The defendant Civil Aviation Authority had not misinterpreted or failed to comply with s 70 of the Transport Act 2000, nor had it reached irrational conclusions. Accordingly, the Administrative Court dismissed the claimant gliding club's application for judicial review of its decision to permit the introduction of air traffic controls in airspace around an airport, which was largely uncontrolled.
read more
Pricewatch Ltd v Gausden (East Sussex Fire and Rescue Services)
Practice – Pre-trial or post-judgment relief. The Employment Tribunal (ET) in refusing to make a cost order against the appellant, who had been partially successful, had not erred in law. The Administrative Court in refusing the appellant's appeal reiterated that the power to award costs in the ET was a disciplinary power, not a compensatory one, and further by withdrawing an allegation it could not be said that he respondent had acted unreasonably in his conduct of the proceedings.
read more
R (on the application of Phoenix Life Holdings Ltd and other companies) v Revenue and Customs Commissioners
Value added tax – Input tax. The defendant Revenue and Customs Commissioners' (HMRC) decision, upholding its rejection of a claim for repayment of significant amounts of under-recovered VAT input tax made exactly ten years earlier, was so outrageous in its defiance of logic or of accepted moral standards that no sensible person who had applied his mind to the question to be decided could have arrived at it. Accordingly, the Administrative Court quashed the decision and ordered HMRC to pay the claim (to the extent its quantum had been accepted).
read more 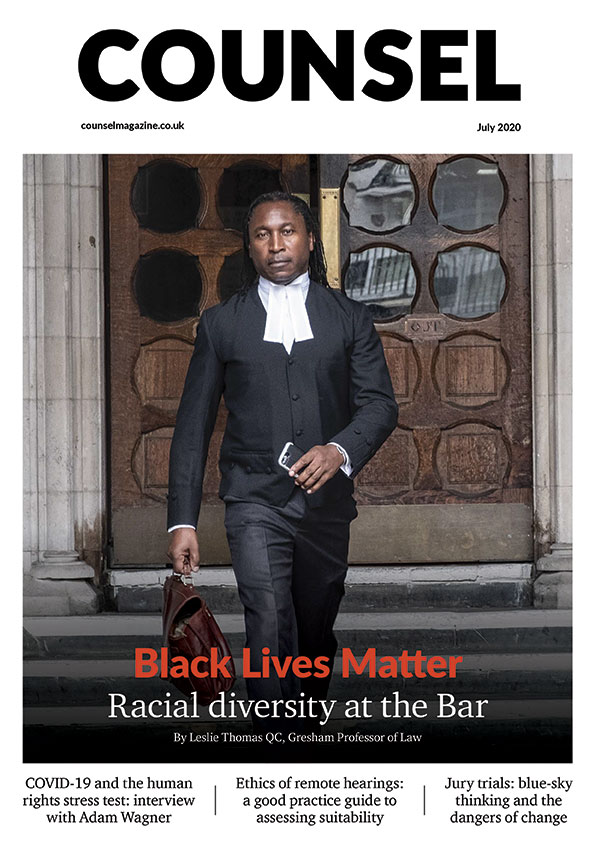