It has always been my belief that victory is harder to manage than defeat. When human minds are focused on crisis, it may bring out the best outcome possible. Victory, however, is another story. Doubts enter minds. Factions arise. ‘What if?’ becomes the dominant question. The reason is simple: defeat is rarely total or permanent, hence the desire to rescue and reverse; and victory is neither complete nor forever, which ushers in the worries. These truisms were uppermost in my mind when I attended my college gaudy last week.

Gaudies are held around every five years as a grand reunion party. Few people go to the early ones, because it is time to escape university and get on with life. A much larger group go to those held in their middle years: a combination of growing nostalgia and perhaps a wish to show friends and contemporaries the fruits of success.

As a child I was given a short book written by the late Mr Justice Darling – a man who was known for his judicial wit, although his Spy pen-portrait bore the unkind legend “Judicial Lightweight”. I had high hopes of this book of legal gems. Alas, it was the dullest book I ever read with all his anecdotes, quips and aphorisms falling flat. It now lives in our lavatory for what my dear mama, when we were little, used to call “struggles”.

Darling is not alone, however. With noble exceptions, the written anecdotes of lawyers are deeply dull. The reason is that we live in an oral tradition, whatever those civil practitioners and sillies who dreamt up the Criminal Procedural Rules think: a world where stories are told and retold in robing rooms, chambers and wine bars. A very great character in Silk when I was a young barrister, called Barry, despite it being none of his given names nor any recognised foreshortening of them, once paid me the honour of telling me the story I had told him six hours earlier about a case of mine but with Barry now in the title role – quite oblivious of the irony. The characters in these stories come to life because we knew them or know them still or, at the least, knew or know of them.

My party political allegiances remained pretty constant until the day I found myself driving behind a car that had a sticker on its rear windscreen.  Generally, I fi nd these proclamations very annoying. Top of my hate list is “Drive Carefully! Baby on Board!” Whenever I see this particular command, it coincides with a car that is being driven badly in some way – the last one cut me up having undertaken my car at high speed on the M4 – and has no baby in the vehicle at all, unless it has been placed in the boot. However, on this day of my political metamorphosis, I found the rear sticker not only completely failed to irritate me but actually expressed a thought that had been germinating in my head for some time. It read, simply and succinctly: “Don’t Vote! It Only Encourages Them.”

The Calm Before The Storm

Despite initial skirmishes, the phoney war between the publicly funded Bar and the Ministry of “Justice” continues while we wait for the real conflict to begin. Is the Public Defender scheme the plan B of which my mandarin friend warned me or is it yet another smokescreen to cover even more awful shenanigans deep in the Whitehall bunker? Andrew, our Senior Clerk, who hides a twitchy personality under a mask of assurance and confidence, came upstairs for our weekly Headmaster’s chat. It had long ago ceased to be enjoyable and now is simply a list of actual, putative, impending or imaginary crises.

A strike or not a strike? That is the question.

Everybody has returned from the seasonal festivities absent the traditional good cheer. The clerks have “accidentally” discovered a working party report from a sub-committee chaired by one or other of the brothers Twist – a committee that I have to confess I had no idea I had appointed and probably never did – that has recommended our staff take the same pay cut proposed for us by a Ministry of Justice that increasingly looks better equipped to be engaged in the used-car trade.

One of the great joys of my life is returning home after a hard day’s gossiping in Chambers: shoes off, feet on the stool and a stiff gin and tonic. Or should I say “some gin with tonic”?

A friend of mine at university once over-reached himself by taking out a girl called Jane, whose family was from the deepest Shires: the sort that disdains titles, never double-barrels and considers the Royal Family to be parvenus. He was invited for a weekend. Jane later told him in the Kardomah Café (she was a girl of simple tastes) that, after his departure, her mother had listed in order the ten social solecisms of his visit. Top of the list was that he had asked for “a gin and tonic” and not “some gin with tonic”. How we laughed when he told us until I next ordered a combination drink and heard myself asking for some whisky with soda.

Dreams of an international legal career are shattered

November 5, 2013: “Treason doth never prosper. What’s the reason? For if it prosper, none dare call it ‘treason’” – Sir John Harrington

The lingering taste of delicious fresh pasta, seasoned with freshly cracked black pepper, fresh herbs, garlic and a sprinkling of Parmesan cheese, eaten to the accompaniment of a mandolin played by a one-legged Roman beggar, is receding apace. Rome. What a few days that was. After sobering up Paddy Corkhill sufficiently to travel by air, we arrived in the Eternal City and, following a shower, were motored to a delightful restaurant where three men were waiting for us.

After life on the circuit and (not far) beyond, la dolce vita beckons

October 11, 2013: “All things atrocious and shameless flock from all parts to Rome” – Tacitus

A London criminal barrister’s life has a pattern: a case at Snaresbrook, a plea at Inner London, a trek out to Harrow, something juicy at the Bailey, the joys of Woolwich. True, some buildings look increasingly ropey, the facilities in the Bar Mess diminish on an almost hourly basis, the coffee comes in larger cups at higher prices; but our interest does not come from these sybaritic niceties as much as the infinite variety of people that we meet.

New Year in the Autumn, and the law of unintended consequences

September 15, 2013: “To be Irish is to know that in the end the world will break your heart.” – Daniel Patrick Moynihan

Some begin their new year in the Autumn; others start on January 1 and a third class commence on April 6. I am not here referring to the Chinese New Year, the Julian Calendar or the religious obsession with new moons, but the Professional New Year, followed by the universities, schools, and others, including the legal profession; the Traditional New Year celebrated with increasingly extravagant displays to warm the hearts of every rolling news channel, somewhat eclipsing those Scottish performances which were viewed by the rest of us with incomprehension and dismay in the sixties and seventies; and the Financial New Year celebrated by the Treasury, HMRC and accountants.

We live in a world of the personality cult where urban rats being represented by thugs will rarely win the day.

We are now on a charming Scandinavian cruise. Idyllic, and yet…There is something about a barrister’s life that makes holidays more stressful than work. My own theory is that it is adrenalin withdrawal: so many hormone surges occur during trials. Holidays, on the other hand, are contrast-free and can become just a tiny bit boring. Nevertheless, I was plain exhausted after the trial of Jason Grimble, who, together with Moses Lane, allegedly murdered Claude Allerick, sometime one of Her Majesty’s less popular circuit judges and former member of Gutteridge Chambers.

Pricewatch Ltd v Gausden (East Sussex Fire and Rescue Services)
Practice – Pre-trial or post-judgment relief. The Employment Tribunal (ET) in refusing to make a cost order against the appellant, who had been partially successful, had not erred in law. The Administrative Court in refusing the appellant's appeal reiterated that the power to award costs in the ET was a disciplinary power, not a compensatory one, and further by withdrawing an allegation it could not be said that he respondent had acted unreasonably in his conduct of the proceedings.
read more
Lessees and Management Company of Herons Court v Heronslea Ltd and others
Construction – Dwellings. The claimant's claim against the fourth defendant building control inspector, that it had breached its duty owed under s 1(1) of the Defective Premises Act 1972 in respect of the faulty construction of premises, had been rightly struck out on the basis that s 1(1) did not apply to building control inspectors. The Court of Appeal, Civil Division, so held, finding that the focus of s 1(1) was on the doing of positive work which had related to the provision of a dwelling, whereas in certifying, or refusing to certify, plans and works, the building inspector was not engaged in the positive role of the provision or creation of the relevant building.
read more
R (on the application of Lasham Gliding Society Ltd) v Civil Aviation Authority
Air traffic – Airport. The defendant Civil Aviation Authority had not misinterpreted or failed to comply with s 70 of the Transport Act 2000, nor had it reached irrational conclusions. Accordingly, the Administrative Court dismissed the claimant gliding club's application for judicial review of its decision to permit the introduction of air traffic controls in airspace around an airport, which was largely uncontrolled.
read more
Hinrichs and others v Oracle Corporation UK Ltd
Employment – Redundancy. The Central Arbitration Committee (the CAC) had correctly decided that in exceptional circumstances affecting employees' interests, where para 8 of Sch 1 to the Transnational Information and Consultation of Employees Regulations 1999, SI 1999/3323, as amended, applied, the employer did not have to wait for a European Works Council (the EWC) to give an opinion on the employer's proposed actions, provided that the employer had given the EWC the necessary information on its proposals and had engaged in consultation. The Employment Appeal Tribunal in dismissing the EWC's appeal against the CAC's decision, held that there was no prohibition in either those Regulations nor the Transnational Information and Consultation Directive (EC) 2009/39 on the employer taking or implementing its decision after it had consulted but before the EWC had produced an opinion. Nor could the Regulations be construed to have that effect.
read more
R (on the application of Phoenix Life Holdings Ltd and other companies) v Revenue and Customs Commissioners
Value added tax – Input tax. The defendant Revenue and Customs Commissioners' (HMRC) decision, upholding its rejection of a claim for repayment of significant amounts of under-recovered VAT input tax made exactly ten years earlier, was so outrageous in its defiance of logic or of accepted moral standards that no sensible person who had applied his mind to the question to be decided could have arrived at it. Accordingly, the Administrative Court quashed the decision and ordered HMRC to pay the claim (to the extent its quantum had been accepted).
read more 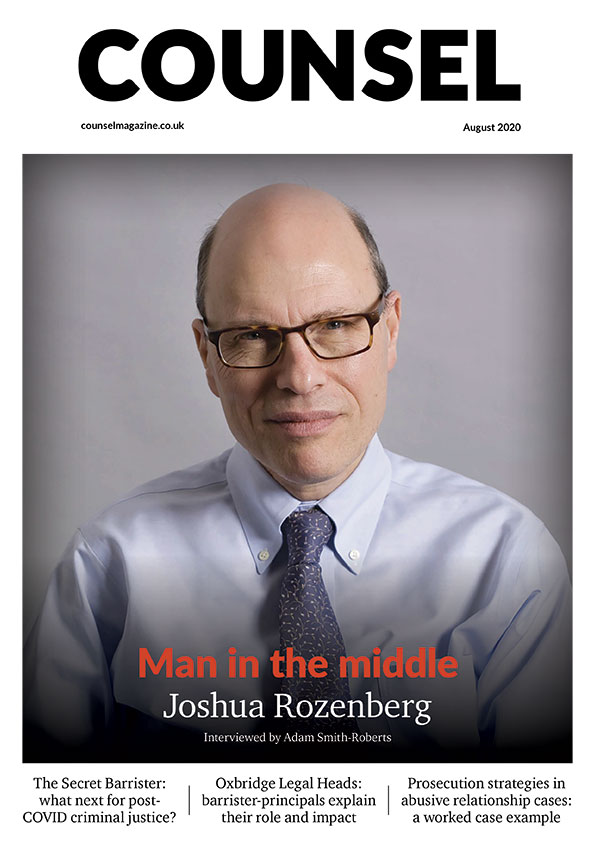